Are all weeds dangerous? | Weedingtech

Are all weeds dangerous?

Weeds can be defined in a variety of ways: a plant growing where it isn’t wanted, one that interferes with farming, or one that wasn’t intentionally sown.

There are countless types of weeds. From harmless common garden weeds to dangerous plants you should never touch. Not all are poisonous to humans, but some have other negative effects. This includes harming animals and/or gardens and public spaces.

Are weeds harmful to humans?

It's impossible to claim whether weeds are all safe or all dangerous. Some weeds pose no threat, some can be quite harmful, but most sit somewhere in-between.

The danger of weeds to humans can vary hugely. Some weeds, such as the stinging nettle, only cause mild itchiness and rashes, without posing any real threat. Other more dangerous itchy weeds include poison oak and poison ivy, where you’ll also likely experience swelling and blisters.

And further down the scale of danger is the Deadly Nightingale. This weed can cause dilated pupils, loss of balance and can lead to hallucinations and convulsions, making it dangerous to humans.

Weeds can also be dangerous to humans if they are ingested. As the name suggests, the poison hemlock can be fatal if consumed.

In spite of these dangers, there are plenty of safe weeds that pose no threat to humans. The dandelion, for example, is an edible weed. You can add the raw leaves and flowers to salads, use the roots to make coffee or even make dandelion wine.

So when asking the question “are all weeds dangerous”, the answer is no. However, effective weed control is the best way to ensure safety. This will eliminate the risk of dangerous weeds spreading and causing fatalities.

What are the worst weeds?

Not all weeds are dangerous to human health but they can certainly be threatening in other ways.

Weeds such as Giant Hogweed are dangerous to other plants growing nearby. It’s a highly invasive weed and it easily grows out of control. It also overshadows other plants, killing them in the process.

Read more about invasive weeds in our blog here.

Japanese Knotweed, similarly, is an incredibly harmful weed. Because it’s nearly impossible to control, it can even cause property damage. Insurers often won’t insure a house if Japanese Knotweed is present or if it's growing within a certain proximity. It can grow up to 40mm per day and touching it will only make it grow faster, escalating the problem further.

Weeds can also be dangerous to your garden. Not only does Bermuda Grass give off chemicals from its roots that kill other plants, it’s also hard to remove. Bindweed, Ground Elder and Couch Grass are three common invasive weeds that are tricky to remove. They will also ensure your garden struggles to thrive.

Similarly to dangers to humans, weeds can be a danger to animals, causing mild to severe reactions. Milkweed can cause dogs to have mild seizures and dilated pupils, which is not too serious. But on the other end of the scale, poison hemlock can cause death to livestock within 15 minutes.

If you’re now re-asking yourself the question ‘are all weeds dangerous?’, remember that some are simply more harmful than others. When it comes to animals, much like humans, some weeds even have benefits. The weeds purslane and oxails, for example, are tasty and great for a flock, such as chickens, to eat.

Will cutting weeds kill them?

Unfortunately not. Cutting weeds reduces the amount of visible weed you can see, but does nothing to remove the root. If the root survives, this means that the plant will only resurface later.

To control weeds and ensure they don't regrow, you need an effective weed killer to remove them fully.

Yes, Foamsteram is an effective solution for weed control. It uses a foam which keeps heat on the plant for as long as possible, killing the weed. Foamstream is a glyphosate alternative. This means to kill weeds It only uses hot water and biodegradable foam, so it’s safe to use around animals too.

If you do encounter dangerous weeds growing in a public space, Foamstream can be used for your commercial area weed control. Not not all weeds are dangerous, but the best way to ensure you don’t accidentally grow anything poisonous is to have consistent management of your weeds.

Are you worried about dangerous weeds in your area? Contact Foamstream today and we’d be happy to help with treating them. 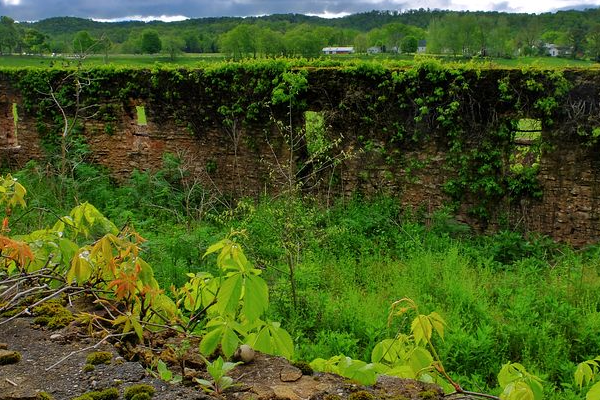 To find out more about how Foamstream can help control your dangerous weeds, get in touch today