1. Using traditional methods of killing weeds, such as herbicides, meant that operators were unable to work during normal working hours as it posed a threat to the public and animals. They were also unable to carry out work in herbicide-free areas.

2. Labour costs were high and workers were often occupied for excessive hours due to the tedious process of removing unwanted vegetation via traditional practices such as hand weeding.

idverde needed to find a cost-effective and efficient herbicide-free solution as some of their key local authority clients were moving away from herbicide use. It was important that the solution reduced current health and safety risks incurred by the existing practices and allowed time savings to be made against the more tedious traditional methods such as hand weeding and hoeing. It was also important for the solution to be herbicide-free and safe for use around the public and animals, posing no risk.

For the inital purchase, Foamstream was tested against various other herbicide-free methods, such as flame burning and acetic acid, after a six month trial, the MW-Series was bought. Once other key clients (London Borough of Hammersmith and Fulham) decided to ban herbicides, Foamstream was tested against a hot water system and after an eight week trial, was the chosen solution due to the visible benefits gained from a lower number of treatment cycles and a more effective kill-rate per square metre. idverde purchased five Foamstream M1200s.

Foamstream has allowed a 75% reduction in labour time compared to that spent previously when carrying out vegetation control. This has allowed better allocation of labour resources and also more effective labour planning due to not being affected by bad weather which can lead to downtime with traditional methods of herbicide use. Foamstream has also reduced treatment times which has had a positive impact on freeing up labour further. Now idverde’s employees are able to focus their attentions on other tasks for their clients, having changed the way that they weed hard and soft surfaces and playgrounds.

Before Treatment After Treatment

“There are so many benefits to choose from but the single best thing about Foamstream has to be the cleanliness and the finish once Foamstream has been applied. We’re excited about Foamstream’s possibilities as a public engagement tool, as well as the positive feedback from potential clients and increased chances of getting onto new approved supplier lists.”

Read more to find out how Foamstream helped idverde 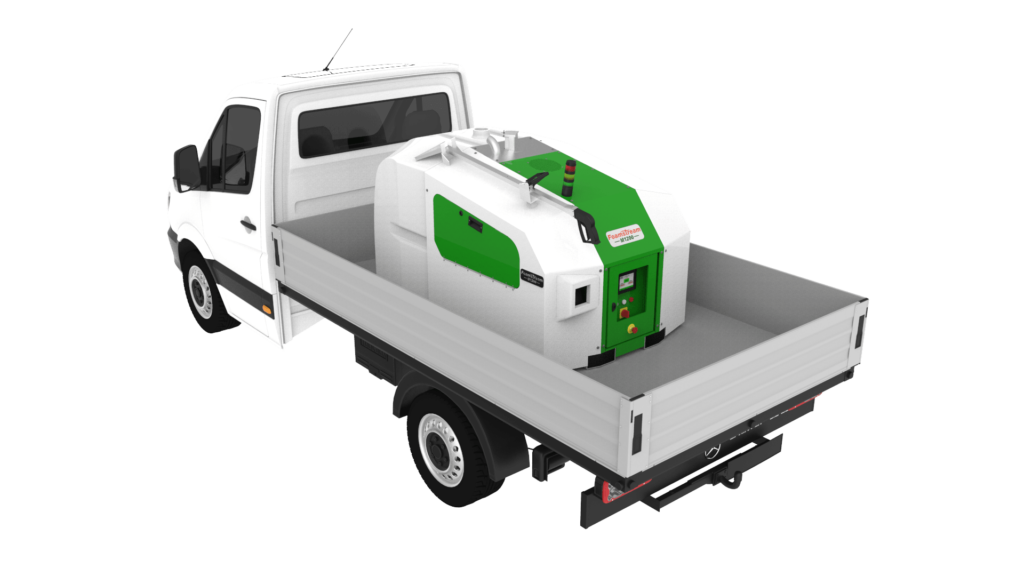 Looking for a solution to help reduce labour costs in your business?

Foamstream is helping councils and contractors around the world to reduce their cost of weed control whilst protecting the environment. Get in touch today to find out more.