Your city has just banned glyphosate, what now? - Weedingtech

Your city has just banned glyphosate, what now?

Glyphosate has been banned in a number of cities across the world, with some countries making the decision to limit the use of the pesticide.

More and more regions across the world are following suit, with the State of New York being one of the most recent additions. Governor Cuomo signed the Bill that will ban the use of glyphosate in the state from 31 December 2021.

It’s more important than ever for authorities worldwide to consider their plan of action to prepare for possible changes in legislation around glyphosate use.

If your city, state or country has banned glyphosate, or is looking to do so in the future, it’s vital that you consider other methods for your weed control. This means looking into glyphosate alternative solutions that will be the most effective and beneficial for your community.

Although there are some areas that still permit the use of glyphosate, things are changing rapidly. This means that if you live in one of these regions, you still need to consider your options for a future without the pesticide.

Germany, for example, hasn’t yet banned glyphosate, but by the end of 2023, however, the country plans to prohibit the use of the chemical.

Similarly, in 2022 the EU is set to review the use of glyphosate.

It’s worth checking your government’s future plans to understand the changing glyphosate legislature in your area. It’s likely that you won’t be able to rely on it for much longer.

Noting this, doing nothing and hoping for the best isn’t an option. Instead, you should plan how you will move forward with commercial weed control without the use of chemicals.

Considering integrating a new approach to weed control that doesn’t include glyphosate into your future plans and budgets means you can be prepared for future changes. This will allow you to respond quickly and calmly to any new laws, while also reassuring your residents that their public spaces will still be managed effectively.

The power of the people has been a driving force behind a lot of the changing glyphosate movements. For example, multiple groups formed in Scotland in 2020 to change glyphosate laws.

The Pesticide Free Edinburgh campaign began last year, which made headline news in the area. Following quickly came the Pesticide Free Portobello group, campaigning for the same result on the other side of the city.

It’s clear that public opinion is having a strong influence in many areas, causing the ban on glyphosate to move quicker than ever.

Due to this ever-changing global legislature, you should start taking action now for how you will control weeds without herbicides in the future.

Whether you live in an area that has already banned glyphosate or not, you need to consider chemical-free options. At this stage, you may be wondering what to do and what effective herbicide-free weed killers are available for large-scale use.

Weed control is a significant aspect of maintaining areas such as parks and playgrounds, as well as tourist attractions including zoos and theme parks. Being responsible for these areas means you need an effective and efficient weed control solution that you can use in spite of the glyphosate ban.

Here are some alternatives to glyphosate, along with how effective they are, which you may consider using.

As a traditional method of weed control, manual removal is still an option, particularly for small spaces.

One benefit of manual weeding is that it ensures you truly get to the root of the weed to stop it resprouting.

For large areas, however, particularly those managed by councils such as parks, playgrounds, streets and other public spaces, manual weeding is an ineffective method for weed control.

Both time and energy consuming, it would be extremely inefficient and costly to hire the labour to manually control weeds in a large area.

Manual weeding also has its limits in terms of the weather conditions. In the wet or cold seasons, pulling weeds by hand is neither a pleasant nor effective task.

Similarly, brushing is another traditional method that works to get rid of weeds. Using an abrasive mechanical brush, the brushing technique removes weeds from public areas by getting in between the cracks and breaks in the concrete.

While an effective technique visually, brushing isn’t the perfect solution. This is because in the brushing process, bits of debris and seeds are scattered within proximity of the location being treated, which can easily result in regrowth of unwanted weeds.

In addition, although good for streets, paths and other concrete surfaces, brushing isn’t an effective method for large green spaces such as parks. While you may be able to consider using manual weeding or brushing for some areas within your community, neither will suffice as the only solution for all your weed control.

Boiling water is reasonably effective at killing weeds and does have its advantages, making it a viable option.

Weeds need to be subjected to a heat of at least 57oC in order for it to be killed. When you use boiling water, although there is a temperature of above 57oC subjected onto the plant, much of this heat is lost to the atmosphere, as opposed to remaining on the weed.

This means that while boiling water does a great job of killing the leaves and leaving a quick visible result, this method doesn’t destroy the plant’s seeds which means it has the possibility to quickly regrow.

In addition, boiling water has little effect on the plant’s root. Therefore, if you just rely on this method, you may eliminate the visible problem, without destroying the core of the issue.

Using boiling water will also mean that you’ll have to repeat this process around six times per year, which equates to every two months. Agencies are unlikely to want to commission this work every other month to keep weeds under control.

Unlike traditional methods of weed control such as manual weeding, brushing or boiling water, Foamstream is an effective method at destroying the weed, including the root and seeds.

Foamstream kills weeds through its combination formula of boiling water with a natural foam. The foam insulates the hot water, which ensures the heat isn’t lost to the atmosphere and instead is kept on the plant for as long as possible.

With the heat remaining on the plant for a longer period of time, this is enough to kill or severely damage the weed.

Unlike manual weeding and using boiling water, Foamstream has many benefits that make it the suitable choice for councils and governments to use for managing weeds in large spaces.

Foamstream: the most advantageous solution

Foamstream is hugely effective at killing weeds. As already mentioned, cells need to be subjected to temperatures above 57oC in order to die. By providing a layer of insulation through the foam, Foamstream holds the heat from the water in the kill zone on the plant, as opposed to the heat being lost to the atmosphere as with the boiling water technique.

Through holding the head on the water for long enough, the hea then penetrates the leaf’s waxy outer layer, and travels down the stem and into the roots to kill them from there.

Foamstream has been proven to be effective worldwide, from the coast of Wales to North Miami and more. Read our case studies to find out more about our global work.

This means you can rely on Foamstream to easily and effectively control weeds in your area.

2 - It covers large and various areas

Unlike methods such as manual weeding, Foamstream is an efficient method for covering large spaces, such as parks and playgrounds. No matter the surface type, whether it’s hard or soft, porous or artificial, Foamstream is still just as effective.

The solution can additionally be used across both green and urban spaces in the area. Therefore, when you choose to use Foamstream, you benefit all areas and spaces within your community, not just focusing on one.

By therefore integrating Foamstream into your future plans, you are in a position to reassure citizens that weeds in all spaces in your area will be effectively and consistently taken care of.

As aforementioned, by using Foamstream in your area, you can control weeds in both urban and green spaces. In addition, however, Foamstream is a multifunctional solution.

As well as being an effective weed killer, Foamstream can also be used for gum and graffiti removal, general cleaning of outdoor property such as public benches, road signs and playground equipment, plus Foamstream has recently been proven to kill 99.99% of Coronavirus particles.

Not only does Foamstream clean spaces, it goes one step further by sanitising the areas which have just been sprayed.

By investing in Foamstream, you help keep your area both free of weeds, as well as unwanted vandalism and potential viruses.

Foamstream’s solution is only made up of natural and harmless ingredients. This means that it’ll never be banned under law, because the products used in the solution are proven to be safe to use around humans and animals, as well as to the environment.

Being a safe solution to use around humans and animals means that there are no limitations on using glyphosate in popular areas such as parks and playgrounds. Once sprayed with Foamstream, areas don’t have to be cordoned off for safety, meaning that you can use the solution in these family-attractions with no concerns or hassle.

It was previously mentioned that to use boiling water as a weed control method, you would need to undertake this task every other month. In comparison, Foamstream only requires three treatments in one year, making it a cost-effective solution.

Foamstream can be used all year round, so when you apply Foamstream in each of spring, summer, autumn and winter, you will get the same effective results each time. The solution isn’t impacted by external factors such as weather or other conditions such as the dampness of the soil as chemical-based weed killers are.

To find out more about Foamstream, how it works and how you can implement it into your upcoming weed control strategy, simply contact us. Our expert team would be happy to talk you through how to get started.

Due to the ever-changing laws surrounding glyphosate, start integrating Foamstream into your future plans and budgets today to be planned for changes in the future. 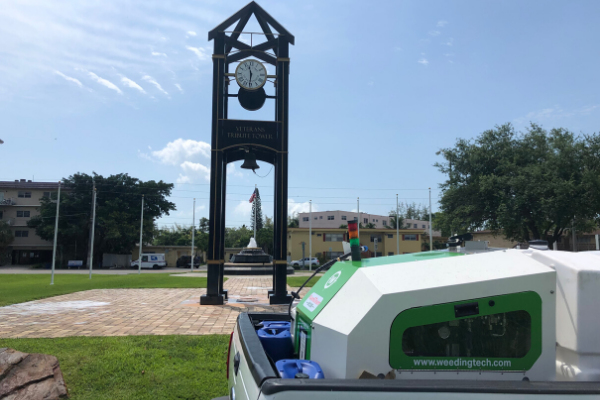 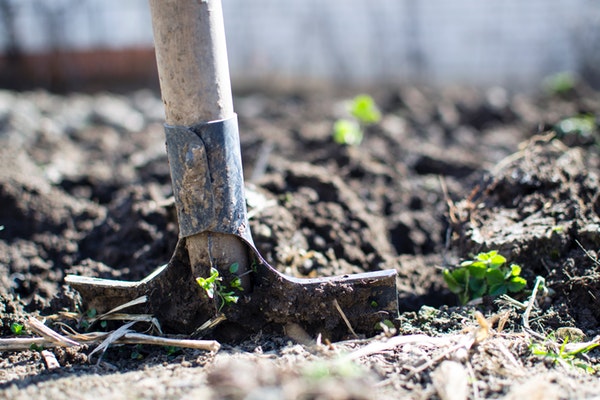 Is your city ready to make the move to herbicide-free weed control?