What is the best time of year to use weed killer? | Weedingtech

What is the best time of year to use weed killer?

Applying weed killers that contain herbicides isn’t as easy as it initially seems, and many people struggle with commercial weed control for this very reason.

Unfortunately, with most herbicide-based weed killers, the effectiveness will be affected by external factors. This includes the weather conditions at certain times of year, the specific weed you are trying to eliminate, and the life cycle of that weed.

As you’re trying different tactics with your weed killer, you may find yourself asking ‘what is the best time of year to use weed killer?’. That’s what Weedingtech is here to help you with.

What is the best time of year to use weed killer?

The best time of year to use weed killer is Spring, followed by Autumn. Spring is an effective time for catching weeds in their pre-growth season, in order to prevent them from sprouting. Autumn is similarly effective because, ahead of the Winter, this is when weeds are most vulnerable. Weed killers work better in warmer months rather than colder ones, so the next best season in which to target weeds is summer, followed lastly by Winter.

Why does the time of year affect weed killers?

Spring is the best time of year for applying weed killer. This is because you can catch weeds in their pre-growth state, before they’ve had the opportunity to sprout fully. Spring has the advantages of being both warm and wet.

Herbicides in weed killers require absorption from the soil to activate. This absorption can only take place if the soil is moist from the rain. Spring being a typically rainy season ensures that the soil is wet enough to soak up the herbicide, which is then taken up by the plant root.

Without any rain, the herbicide solution will sit on the soil, rather than being absorbed by the plant.

Autumn is the second-best season because weed killers thrive on the sudden change in weather. Spraying weed killer in October means that weeds will struggle to survive the winter.

However, not all weed killers contain herbicide, and can therefore be used at all times of year. For example, Foamstream is a herbicide-free weed killer. This means it’s not affected by the levels of moisture in the soil.

What are the best conditions when applying weed killer?

Both the season and the changing weather conditions, day-by-day, impact weed killers effectiveness.

We’ve already mentioned the importance of changing seasons and the amount of moisture in the soil when using weed killer. The other ideal conditions for applying weed killer are:

You don’t want the weed killer to become diluted from the rain. This will cause the herbicide to be less effective when it’s taken up by the plant.

A gust of wind can blow the spray away from the intended area. A calmer day when you can target the specific area is preferable.

Weed killers perform better in hot rather than cold weather, but both extremities are difficult.

Hot, dry weather encourages weed hardiness and growth, which reduces the movement of herbicide into and throughout the plant. If you’re using herbicide-based weed killers, the hot weather will make it less effective, which is why you should target weeds in Spring or Autumn.

And cold weather also isn’t practical. Plants break down herbicides using their metabolism. But plant metabolism slows down in cold conditions. This then extends the amount of time it takes for the plant to react to the herbicide and be killed.

With numerous conditions to take into consideration, it becomes relatively tricky to effectively manage your weeds. A good way to avoid these complications is to get a weed killer that doesn’t contain herbicide. This is because it will be less affected by the weather and other conditions.

Foamstream is an example of a herbicide-free weed killer that isn't affected by external factors such as the weather. Foamstream is effective at killing weeds whether it’s wet, windy, or extremely cold or hot. It can be used all year round, making Foamstream an easier and more convenient weed killer.

Does the type of weed impact how effective weed killers will be?

Yes, the effectiveness of weed killer will change depending on the type of weed you are trying to get rid of. This is mainly to do with its life cycle.

You are likely aware that there are countless types of weeds. Read our ultimate guide to invasive weeds here if not. However, all these different types of weeds have different life cycles, and this affects the ideal time of year for targeting them.

For example, some weeds grow in Autumn and Winter, dying off in the same Spring and Summer, while some are the other way around. Some weeds are more resilient and will take a full two years to complete a life cycle before they die. And some will return year after year.

Therefore, when you’re asking “what is the best time of year to use weed killer”, the answer will depend on the specific weed you are targeting. You will need to know the life cycle of the weed to ensure you target it at its most vulnerable.

When you’re removing weeds, it’s unlikely that you spray them with weed killer once and that removes the weed entirely. What you need to undertake is a process called treatment cycles.

A treatment cycle for weeds is how often you need to use weed killer for the weed to be effectively exterminated. Treatment cycles can be broken down into pre-emergent and post-emergent stages.

And as we’ve said, it’s unlikely that you’ll just spray the weed once and that will be sufficient. Instead, you’ll more likely be required to return to the weeds multiple times for treatment.

These weed killers contain herbicides, which have potential dangers including being possible carcinogens and disrupting hormones. Therefore, spraying weed killer multiple times to complete a treatment cycle could have negative effects on your health and the health of other nearby vegetation.

Ideally, you want to use herbicide-free weed killers, such as Foamstream. This ensures that when you return for multiple treatments, you aren’t putting yourself at as much risk by being over-exposed to herbicides.

When you’re removing weeds, there are multiple things to consider when it comes to the time of year. What the weather and conditions are like, what the weed’s life cycle is, and how frequent the treatment cycle needs to be.

If you’re trying to eliminate weeds, it can be frustrating to have to wait until particular times of year and perfect weather conditions for the solution to be most effective.

Ideally, you want a weed killer that is consistently effective throughout the year. Additionally, your weed killer should require minimal treatment cycles so you can get rid of your weeds quickly and easily. And with the uncertainty around the dangers of herbicide, a glyphosate alternative weed killer is also ideal.

For controlling and killing weeds all year round, Foamstream is one of the most effective solutions available. As a herbicide-free weed killer, Foamstream isn’t affected by external conditions such as the season, conditions on the day, or the life cycle of the plant.

In addition, when considering the treatment cycle necessary, you only need three treatments per year to keep your weeds under control. Alternative herbicide-free weed control methods - hot water, steam and boiling, take 6, 12 and 14 repetitions annually, respectively.

Particularly if your weeds are already out of control and you don’t know how best to keep them regulated, Foamstream offers the perfect solution.

Have your weeds already grown and you’re too late to target them at the best time of year now? Contact Weedingtech, who can use Foamstream to effectively remove weeds at any time of year. 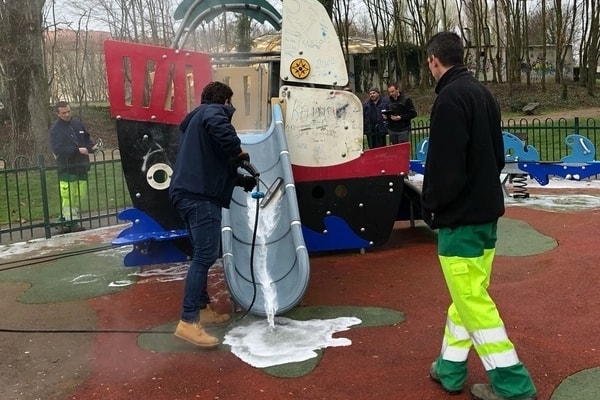 The versatility of Foamstream: an all-round solution 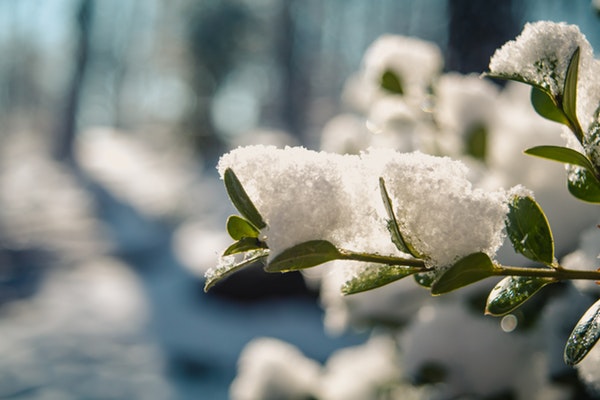 Do you need to know how to control weeds all year round?